About the culture in Wallis and Futuna Islands 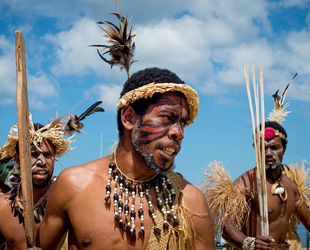 Identification. Wallis is named after the eighteenth century English explorer Samuel Wallis. Some people call the island East 'Uvea to distinguish it from an island off the east coast of New Caledonia, known as West 'Uvea, which was settled two hundred years ago by people from East 'Uvea. The population is of Tongan ancestry. Futuna was called the Hoorn Islands by Dutch explorers. Futuna includes the nearby uninhabited island of Alofi.

Location and Geography. The island of Wallis lies in the central Pacific. It is a raised reef, mainly limestone, with an area of ninety-six square mile.. Read full article about Wallis-and-futuna-islands