About the culture in Uruguay 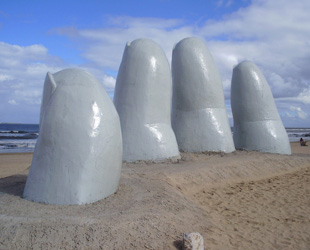 Identification. The name Oriental Republic of Uruguay República Oriental del Uruguay, derives from the fact that the country lies east of the Uruguay River, a major tributary of the Rio de la Plata estuary. Before independence, it was known as Banda Oriental del Uruguay . The name "Uruguay" is a Guaraní word meaning "river of shellfish," or "river the uru birds come from."

Uruguayans have a strong sense of national identity and patriotism. There are no alternative traditions or nationalities within the country. 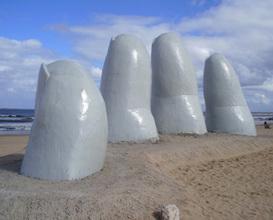