About the culture in Swaziland 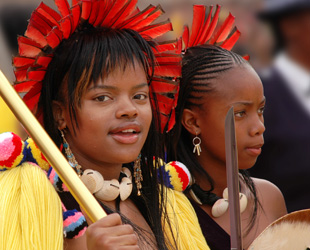 Identification. The Swazi nation is named for Mswati II, who became king in 1839. The royal lineage can be traced to a chief named Dlamini; this is still the royal clan name. About three-quarters of the clan groups are Nguni; the remainder are Sotho and Tsonga. These groups have intermarried freely. There are slight differences among Swazi groups, but Swazi identity extends to all those with allegiance to the twin monarchs Ngwenyama "the Lion" (the king) and Ndlovukati "the She-Elephant" (the queen mother). 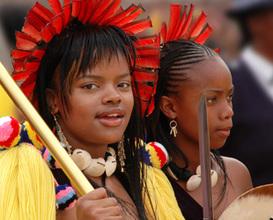