About the culture in Papua New Guinea 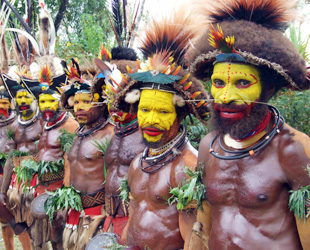 Identification. Papua is probably derived from the Malay word papuwah ("fuzzy hair"). In 1545, a Spanish explorer called the island Nueva Guinea .In 1884, the western half of New Guinea was officially recognized as Dutch New Guinea, the northeastern section became German New Guinea, and the southeastern quarter became British New Guinea. In 1905, Australia took over the territory, renaming it the Territory of Papua. After World War II, the British and German territo.. Read full article about Papua-new-guinea 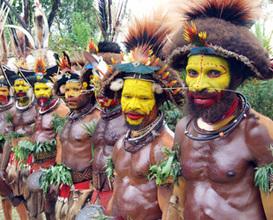