About the culture in Norway Identification. The name Norge ("the Northern Way") originally pertained to a region of the country before political consolidation under Harald the Fair-Haired around 900 C.E. In later use, the country's name indicates its location on the northern periphery of Europe. Some of the northerly sections of the country are home to at least two main groups (coastal and mountain) of an indigenous population of Sami (previously called Lapps) with a separate langua.. Read full article about Norway 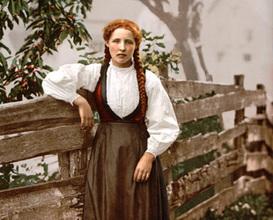