About the culture in Niger Identification. From the early twentieth century until independence in 1960, the colony of Niger was part of French West Africa. Since the boundaries of the nation-state were imposed by European colonial powers, ethnic and cultural borders do not coincide with state boundaries. Since independence, there have been governmental efforts to promote a national culture.

Location and Geography. The area of this landlocked country is 490,000 square miles (1,267,000 square kilometers). One of the hottest countries of the world, Niger straddles the Sahara and Sahelian climate zones. Niger is essentially a flat country. Rainfall is ra.. Read full article about Niger 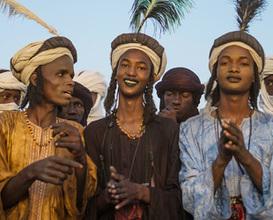