My name is Mariana Duran i am a military personnel and i am looking for a true compassionate, faithful, honest and sincere love affairs...Read more;

AM A GOOD WOMAN WITH GOOD HEART, I LOVE LIFE AND EVERYTHING IN IT . AM READY TO LOVE AND BE LOVED..Read more;

I am a honest woman, well educated, family oriented, down to earth, sensitive, generous, helpful, calm, and very sweet with understanding I am ready t....Read more;

Age: 32 | Gender:      25 month ago
vilniau..
Advanced filter
Filter your results on these advanced filters below

About the culture in Lithuania 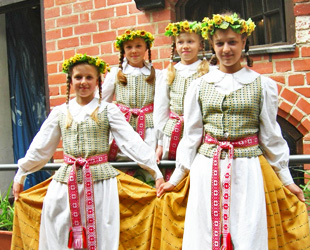 Identification. Lithuanians are fond of nature and have a strong feeling of a shared culture that begins as early as primary school, where folk music, national traditions, and holidays play an important role. Among those who remember life under the Soviet regime, pride in surviving a period of repression and difficulty is a focal point of the national culture.

The most noticeable distinction between regions is the change in dialects as one travels across the country. To an outsider, a different dialect can sound like a completely different language and in some cases—particularly in border towns—may incorporate elements of the neighboring country's lan.. Read full article about Lithuania 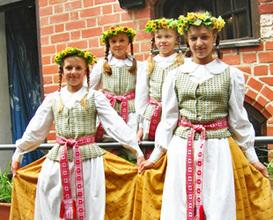