About the culture in Dominica 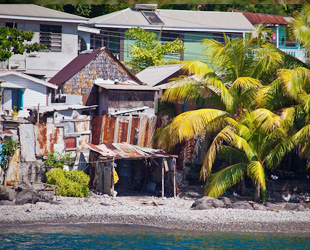 Identification. Sighted on 3 November 1493 during Christopher Columbus's second voyage to the "New World," Dominica was named for the day: dies Dominica, "the Lord's Day" or "Sunday" in Latin. Carib Indians from South America had inhabited the island for almost six hundred years and other Amerindians had been there for as long as three thousand years, but their name for the island, Waitukubuli, meaning "Tall is her body," was not recorded for another two centuries. Spain soon lost interest in the i.. Read full article about Dominica