The advantages of being from a Western country 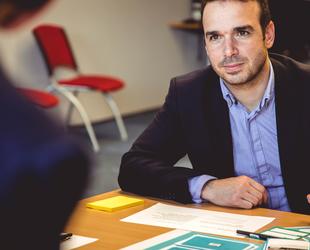 A lot of us dream of a life on the beach, with a coconut in our hands and cheap delicious meals at every corner of the street. That’s why it makes perfect sense that Western people try to move to more tropical places in order to find their so-called happiness. After finding out about the visa processes that may drag on for years, seemingly unfair rules for foreigners and all the costs that come with it, moving might all at once seem like a big hassle and you will find yourself disappointed in life. Even though life is unfair sometimes, life may just not be that unfair to you. Western people have a lot of advantages that other people around the world may never experience. So even if you get the chance of moving to another country, make sure to appreciate where you came from and don’t be too eager about exchanging your Western passport for a new one.

Already early in life Western people are presented with a lot more possibilities than other people do. In a lot of Western countries all kids must go to school. This does not only mean that there is an obligation to get education, but also that states are obliged to provide education for all children. Because of this Western people have skills that many other people in the world were not taught. Even something as basic as being able to read is not the standard in all countries. This is also why Western people are able to live abroad so easily: companies in other countries are very eager to hire them, because they have a skillset that a lot of people around the world don’t.

Because most Western citizens are well-educated, they obviously also earn a good amount of money. Most people in Western countries are being paid well, which is why after a while of working they have the possibility to live abroad with the money they have earned. In Western countries they also have very good social services. So, even if you don’t have a job or become unfit to work, you don’t have to worry about not being able to make ends meet. This is a very good example of why you should be happy to have been born in a Western country. Because even if you move to another country and something happens to you, you can always rely on social services in your home country. The same counts for health care. When you need to go to the hospital, you can, while in other countries people need to compensate their health, because they can’t pay for the hospital.

Compared to other countries, the legal systems in Western countries are pretty well set up. Next to global human rights, there are European rights and rights that you have because of the country you are from. Even when you go to other countries, you can still depend on the law of your own country. This is why when you get into trouble in a foreign country, it is still your country’s responsibility to make sure that you are safe. Your passports allow you to enter almost every country in contrast to other passports. So, when you need to wait for a visa for a long time, don’t think how unfair it is that you have to wait so long, but think about how amazing it is that you have the ability to live almost anywhere!

That being said, there are a lot of reasons why people are lucky to be born in a Western country. Because of these advantages, the world is an open playground for you. You can go anywhere, apply for a visa in many different countries and spend your money wherever you like. Even if you don’t like your home country, at least it gave you the opportunity to move to another country, to have a lot of money to spend and to be able to provide for yourself and a nice exotic woman.

I have a found on asian ladies, they are so caring..Read more;