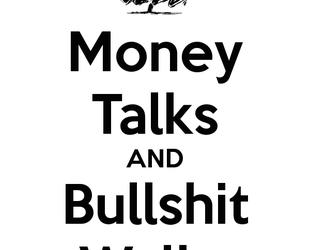 I have been in Jakarta for a number of years.

What struck me a lot after this time is that people here think fairly simply and have no discipline. This is mainly apparent from the way of working and thinking. They are not used to making their own choices, they find everything that the boss likes and they can hardly say no, in this case the foreigners are always the boss, because they bring in the money. This is also due to history, because Indonesia has always lived under a dictatorship. Everything was basically chewed and they never had to make their own choices. You still notice this very strongly in the Indonesian population. The Indonesians who do have discipline are immediately noticeable and share the same opinion about their own population. Most educated Indonesians move abroad if they have a chance.

It is usually very funny, when you see how naïve they deal with certain things, but often I also find it very frustrating.

Some examples about naivety:

You sit in a restaurant, and you ask for a fanta orange. The waiter says he has that in house. A little later he arrives with fanta strawberry, which I have not ordered. They think that I take it anyway and they can not say that they do not have it. They were equally wrong!

You want to pay in a restaurant with a credit card and you ask:

Accept credit cards here, answer: maybe or maybe not, we just try it and if it does not work, then it does not and otherwise.

You ask someone the way, this man does not know where to go, but sends me one way, because he can not say no if necessary.

So there are still 100 examples to mention. In any case I like it here, because the food here is very tasty, and on the street only 70 cents with a drink. Transport is very cheap and there are many entertainment options.

Because the majority of the people here think so simple, you quickly notice what they are missing and what can be improved here in the country. Especially in IT. The problem here is still that the corruption is so deeply rooted in the system, that you also have to participate in this in order to achieve something (business) for each other.

Nothing is ever free

Truly everywhere has to be paid for and I also notice what the people here are not trying to get a few 1000 rupiahs (10 cents). You come across the craziest things. Once I was in the bus, there was a guy who went clapping in his hands for 5 minutes without being sung. There he wanted to catch ff and he got some coins too. Or those so-called parking attendants, who are supposedly helping you with parking or passing so-called on your car or taxi and pointing you in a direction, while that is the only direction you can / may, they expect money.

One thing I have learned in this country is Money talks and bullshit walks.

I am Eka,I am good girl and like to learn cultures. I love travelling so much, only i hve no been more far then asia. My father is japanese so I am.....Read more;

Hello! I am working as a teacher in Indonesia. Nice to meeting everyone in this web ..Read more;

Gi guys shall we have some ...

Gi guys shall we have some ...

Hi My name is Putri and I love to hang out clubbing, bars, singing, eating and only good energy..Read more;

Ordnary person, with an ord...

Ordnary person, with an ord...

Hello, I am Irni, I have my own job and I can take care of myself, please do not see me as a materialisic woman. I am independant and looking for a.....Read more;

Age: 32 | Gender:      33 month ago
jawa...
Advanced filter
Filter your results on these advanced filters below