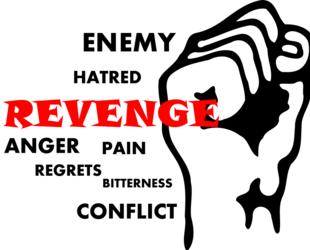 As may be clear, as a down-to-earth Dutchman I criticize a different culture, religious views, mentality, traditions, regulations and the like.

Incidentally, there are several expatriates (fortunately) that do this. Only this will never be appreciated in Indonesia and probably elsewhere in Asia as well.

Indonesians are generally very bad at accepting criticism about all these things (loss of face). In many cases, it is better to take a positive approach to these issues, so that something can be done to improve this third world country, which is also normal in Western countries. So if you have criticism in Indonesia, it is often the case that people regard this criticism as an insult and therefore want to make life difficult. They will rarely leave it immediately. Change this in the mentality, and I think all over Asia is nearly impossible. You need to change the whole culture. Admitting that they are wrong or make mistakes rarely ever happens. Even for my visa process I should get 60 days for a social budaya visa, in which they give me 14 in my passport, until I complained. Then they made the mistake and I just needed to wait without any apologies. Even though when I asked why they put 14 days before, they should said, none of your business in the Indonesian embassy of Malaysia.

Notice that they are insulted, but they keep it in their minds. Subsequently, people or companies that know the right people can make claims and in whatever way try to get you back. This does not apply ONLY to foreigners, but also to their own people(especially when they own some money). This is also the reason why the average Indonesian is so afraid to publicly reveal the truth about certain issues in the media. Nobody talks about bureaucracy and corruption, but everyone complains about it with the doors closed.

There are several cases where this has already happened. A kampong woman complained about a hospital because the doctor performed a wrong operation.

The reason (as already mentioned in the introduction) that this book is also written under an alias also has to do with this. In principle, it is here that they do not want foreigners and then no foreigner who scrutinizes and criticizes the country. Tourists who go on a few times a year

Getting 201 holidays is not a problem, but getting really settled is a different story. That is why the rules become stricter and increasingly difficult to live in this country every year. Of course expats bring in money and they are forced to let expats work here, because they only benefit financially.

The only (cheap) solution is, if I want to live here further, to marry an Indonesian. After this, a residence permit is easier and cheaper to obtain. This residence permit is then called a KITAS NIKAH (residence permit for married couples). The costs for this are approximately between 4 and 5 million per year. The condition is that you may not work. Another cheap solution is to purchase a so-called retirement visa. Here you must be 55 years or older, so I do not qualify for that. The costs for this are around 4 - 5 million per 5 years.

A girl who enjoys to sit down and chat over a god cup of black coffee...Read more;

Age: 43 | Gender:      40 month ago
jakarta..
Advanced filter
Filter your results on these advanced filters below