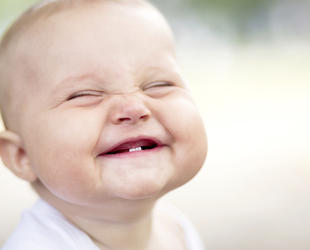 According to the law, you are not allowed to live together, have children or even show intimacy as long as you are NOT married. The problem here is that if a couple still (unintentionally) have children without being married, this child can first of all be very difficult to register at the registry office (anak haram). The child receives a stamp that he / she was born without parents who are married to each other in the drilled deed. As a result, the child has shame and the person gets a very difficult time in daily life. The parents often do not want to raise the child and then reject it.

Many parents actually want to perform an abortion because they are not ready to raise  a child or marriage. The problem here is again that abortions are illegal unless the woman becomes pregnant by  rape, so in all other cases they have to give birth to the child anyway, so the child gets problems that I just described. Not to mention, in this way many children are brought to the world (look at the population in Indonesia), whose parents do not want or can not raise the children, who then live in poverty. It is therefore a dilemma for so many people here. Because people are being deprived of so many things such as intimacy, dating someone from another religion and abortions, they are going to do more. That is why so many children are made here that are written "to death", at least, because it is noted in your birth certificate that your parents are not married, you get a job difficult, you are bullied at school and people gossip a lot a lot about you. It is very sad. I also find it so silly, because there is no 1 person who thinks: "hmm the child did NOT choose  to be born ??" So you have here many illegal abortion clinics to help this shame out of the world.

Most people have become hypocritical because of this. From the outside you are very clean, neat, civilized and wear a jihab (headscarf). In the meantime they do everything that their god and laws have forbidden.

If you follow the Muslim laws strictly, you should not look into a woman's eyes, this is considered sexuality and is not allowed. You can not give the woman a hand or express any form of intimacy. Incredibly primitive, I think this is all. I don't know when they will ever go with the time, but in my opinion they do everything they can keep keep living in prehistoric times forever.

Hello! I am working as a teacher in Indonesia. Nice to meeting everyone in this web ..Read more;

Age: 35 | Gender:      20 month ago
banten
Advanced filter
Filter your results on these advanced filters below