About the culture in Azerbaijan 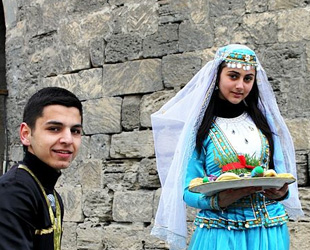 Identification. Two theories are cited for the etymology of the name "Azerbaijan": First, "land of fire" ( azer , meaning "fire," refers to the natural burning of surface oil deposits or to the oil-fueled fires in temples of the Zoroastrian religion); second, Atropaten is an ancient name of the region (Atropat was a governor of Alexander the Great in the fourth century B.C. ). The place name has been used to denote the inhabitants since the late 1930s, during the Soviet period. The northern part of historical Azerbaijan was part of the former Soviet Union until 1991, while the southern part is in Iran. The two Azerbaijans developed under the influence of different political systems, cultures, and languages, but relations are being reestablished. 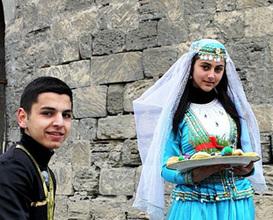